For this week’s Summer Spotlight feature we spoke with Nanako Shirai ‘21 about two different research based internships she did last summer in Japan. Nanako was born in Japan and moved to the US when she was three years old, so she was excited to return to Japan for the summer. Her first eight-week internship was through the Amgen Scholars Program at the University of Tokyo. The following four weeks, Nanako studied Induced Pluripotent Stem Cells in the Center for iPS Research and Application (CiRA) at Kyoto University.

Nanako learned about the CiRA program before she had even arrived at Princeton. When she was in high school, Nanako emailed Nobel Laureate Dr. Shinya Yamanaka, the founder of CiRA. His secretary responded and told Nanako about an internship program for undergraduates at CiRA. Nanako discovered the Amgen Scholars Program last year at a study abroad fair in Frist. She had originally applied for PICS and IIP that year but was not offered a position. Concerned she wouldn’t find an internship for the summer, Nanako decided to apply to the Amgen Scholars Program.

Nanako described the Amgen program as “quite generous.” In addition to a stipend, she was provided housing for her entire eight weeks at the University of Tokyo and funded trips to other cities in Japan. Nanako had limited research experience before the beginning of the summer. Before she started at the university, she was asked what type of research she would like to work on and was provided a graduate student mentor to advise her work.  A typical day in the lab started at 10am and ended at 5pm. In addition to her project, Nanako presented her research twice: once was a mid-term presentation at the four-week mark and second was a final poster presentation before she left Tokyo. Her days at CiRA in Kyoto were a bit longer; a typical day started at 9am and ended around 6pm. Her work at CiRA was also lab-based and she said the skills she learned in the Amgen program carried over well into her new lab. 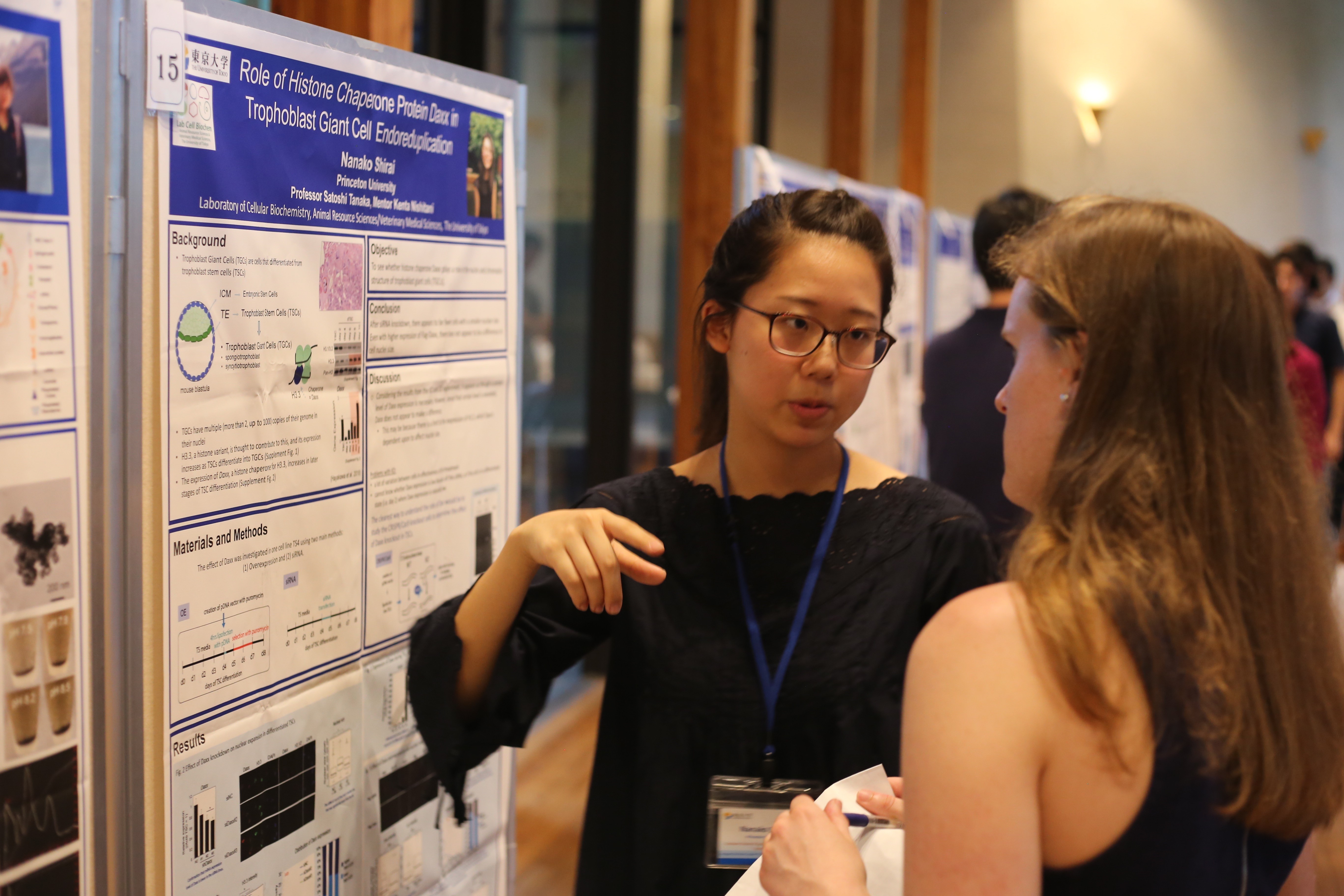 There are a few meaningful takeaways from Nanako’s summer experience. First and foremost, when she didn’t get the Princeton internships she was hoping for, she continued to be persistent and applied for opportunities well into March of 2018. Second, Nanako was willing to take chances! The CiRA internship said it was primarily for college juniors and seniors with more overall experience but even though she was only in her first-year here at Princeton, she applied and got an amazing opportunity to work in the lab of a Nobel Laureate. Nanako’s summer also highlights just how many different types of opportunities are available to students for summer and that it can pay off to look outside of the most common Princeton internships for summer experience. Her core advice for students looking for summer opportunities is not to get discouraged if you don’t get one of the Princeton options--there are lots of opportunities out there, especially for research and clinical experience.